It is most likely that we will not see the like of the 2021 local elections again as the Covid pandemic caused disruption. Fraught with delays and uncertainty in their runup followed by a shortened and constrained campaign period they will have a unique entry in the political history books.

Once again Epsom & Ewell fielded candidates in all seven divisions with a focus on returning Bernie Muir in Epsom West and retaining Tina Mountain’s position in Epsom Town and Downs with a new candidate, Emma Ware. The inability to talk to residents face to face until a mere three weeks prior to polling day meant a huge leafleting effort was required. As ever our activists stepped up and delivered thousands of pieces of literature. Campaign teams were out every day, and the reception was positive and encouraging. All seven candidates had a clear message and communicated it well through leafleting and an increased social media presence.

The unusual circumstances forged a tight and dedicated campaign team lead by our DCP, Chloe and our MP, Chris Grayling. There was a fantastic energy and positivity to our strategy with unwavering mutual support for all our candidates: Jamie Abrahams in Ewell, Ohis Ilalokhoin in Nork & Tattenhams, Kieran Persand in West Ewell, George Bushati in Ewell Court and Marion Bridgen in Ashtead.

The results were as ever favourable to the Resident’s Association, but our great success was for Bernie Muir in Epsom West, not only holding her seat but increasing her majority from 74 to 346. A testament to Bernie’s incredible levels of hard work and her passion to do the very best for those she represents. Unfortunately, Emma lost out in Epsom Town and Downs to the RA candidate by just 9 votes, a strong effort, and a good campaign! Although the Conservatives took second place in most divisions the RA did not significantly increase their vote share and generally votes that left us moved to the Liberal Democrats and the Greens, something to reflect on as we being to focus on the borough elections in 2023.

Thank you to all our candidates and volunteers and once again huge congratulations to Bernie, the association is here to support you and endeavour to bring more Conservative Councillors to the town hall. 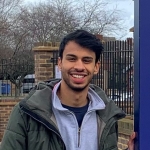