Ideas for a better Ewell Village

Local Conservatives objected strongly to the proposal by Ewell Residents Association councillors to install a bus gate in the High Street in Ewell, which would have made the centre of Ewell impassable to through traffic. After local pressure, the scheme was abandoned. MP Chris Grayling says: “I understand what the Residents Association was trying to achieve but this was the wrong way to go about it. We need 20mph limits around the centre of Ewell, and smart traffic calming, but if you stop the traffic altogether it’s bound to affect the traders and turn West Street into a rat run.” Please email Chris with your ideas at chris.grayling.mp@parliament.uk 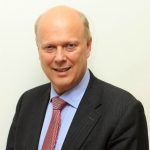