Born in Reading May 1961, Stephen joined the Royal Marines at the age of 18 earning the right the wear the coveted green beret of the Royal Marines Commandos.  During an active career in the military he earned the General Service Medal (Northern Ireland) and the South Atlantic Medal (Falkland Islands) as well as spending 4 winters in the Arctic Circle as part of a specialist arctic warfare unit.

On leaving the military Stephen spent over a decade as a Physical Education Instructor in HM Prison Service, including a draft as a Tutor delivering recruit training of new entrant Officers at the Prison Service College.

A complete career change in 1997 saw Stephen enter the commercial world of Outdoor advertising.  In 1999 he embarked on his own entrepreneurial business start-up as the founder of a brand new advertising concept which has evolved to become one of the UK’s leading product sampling and media agencies in its sector.

Passionate about Sport, particularly England Rugby and a keen supporter of his home town team Reading Football Club.  To indulge himself as a wannabe rock star Stephen fronts indie rock covers band Versonic playing regular gigs in pubs, clubs and private events in and around Surrey.

Stephen became a Conservative Party Member and joined the 1964 Club in December 2019. Appointed as a member of the committee in February 2022. He lives in Ashtead, Surrey with wife Clare.  They have 2 daughters, Lucy and Annabel – both currently pursuing Medicine and Psychology careers respectively in the NHS.

Local elections are planned for Thursday 5th May 2022. 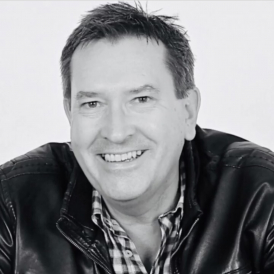