Chris has been MP for Epsom and Ewell since the 2001 General Election and has been an active local MP, involved in several important campaigns including the battle to secure the future of Epsom Hospital. He and his family live in the constituency. He is Patron of Nork Music in the Park and the locally-based charity the Forces Children’s Trust, an Honorary Member of the Surrey Scout Council and Vice-President of the local Lest We Forget Association.

Chris campaigned for Britain to leave the European Union in the 2016 referendum. He set out the reasons why in a speech he gave during the campaign at Regent’s University, which you can read here.

Born in 1962, Chris grew up in Buckinghamshire. He was educated at the Royal Grammar School, High Wycombe before going to Sidney Sussex College, Cambridge, to read history. After university, he joined the BBC’s News Training Scheme, and worked as a producer on BBC News and Channel Four’s programme Business Daily.

After a few years in television production, he decided to move to the business side of the media industry, and ran a number of small and medium-sized production businesses before moving to become European Marketing Director at a leading communications agency.

Chris has written several books, including a history of the Bridgwater Canal, Anglo-American relations, and life in England after the First World War. For relaxation, he enjoys travel, walking and watching football.

You can find out more about Chris and his recent activities at his website www.chrisgrayling.net

I am writing to you with one of my regular updates about local issues.

Firstly the latest on the Chalk Pit in Epsom.

I am writing to you with a further update on support for Ukraine.

I am writing to you with information about local help for those affected by the situation in Ukraine as well as how you can contribute to the national fund being collected to support people affected by the War.

Thank you to Tina Mountain

The local elections marked a sad moment for the Association with Tina Mountain’s time as County Councillor coming to an end. Tina decided not to stand again and instead to enjoy a well-earned retirement.

An environment boost for Howell Hill

After a request from our MP Chris Grayling, Conservative Surrey County Council is to expand wildlife habitats on the farmland next to the roundabout by St Paul’s Church Howell Hill.  The county will extend Howell Hill Nature Reserve, increase and improve the valuable chalk grassland area, leave t

Housing Ministers have confirmed to Epsom and Ewell MP Chris Grayling that the Borough will not be obliged to meet high housing targets by building on the green belt, and that the Council can take into account lack of availability of developable land locally in planning housing needs for the futu

We say "NO" to Tower Blocks

We need more homes for the younger generation, but not this way…..

The latest information on Coronavirus (COVID-19) from Chris Grayling MP

can be found here.

Ideas for a better Ewell Village

Local Conservatives objected strongly to the proposal by Ewell Residents Association councillors to install a bus gate in the High Street in Ewell, which would have made the centre of Ewell impassable to through traffic. After local pressure, the scheme was abandoned. 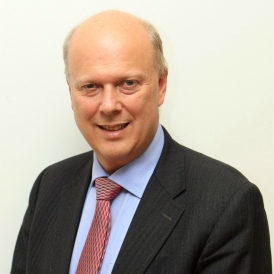